The coastal zone comprises only 3% of the earth’s surface and accommodates about 60% of the world’s population, a figure set to increase to 80% by 2050. As a result, 2/3 of those cities in the world, with a population of more than 7.6 billion people are found in coastal areas. Coastal areas have a great ecological value, for recreation and tourism and provide habitat for many endangered species and also are source of 90% of the world's fish catch.  When thinking of food demands of the future, one cannot ignore the coastal zone that provides both Paddy and fish. ICID took note of this way back in 2001 and established the Working Group on Sustainable Development of Tidal Areas (WG-SDTA).

The tidal areas can be defined as all those coastal areas where the tidal processes are capable of affecting man's activity or of being influenced by human (on the seaward side about 30m water depth and on the landward side up to the limit of the action of sea). The Working Group reviews the progression of natural wet land conservation and constructed wetland development in tidal areas. It attempts to raise awareness of the increasing risk to tidal areas due to global climate change, stimulate discussion on impacts and mitigation measures, and find a balance between the preservation and development of tidal areas. The Group advocates for enhancement of survey, improvement in design techniques, collect information about the tidal area environment around the world; join the international dialogue and organize international conferences. Based on the work undertaken by the WG-SDTA, ICID has brought out publication titled “Towards Sustainable Development of Tidal Areas: Principles and Experiences” to improve the planning, design and management of irrigation and drainage projects in tidal areas.

In addition to the below membership, representatives from Indonesia, South Korea and FAO are Permanent Observers.

(a) To understand the existing and potential challenges and opportunities of tidal areas for now and the future by figuring out underlying issues; (b) To raise awareness of the increasing risk on tidal areas due to global climate change and stimulate interdisciplinary discussions on impacts, mitigation, and adaptation (c) To enhance survey, design techniques, and monitoring and management programs for the irrigation and drainage facilities, and apply to collect information about the tidal area environment around the world; (d) To identify sustainable development and management options in tidal areas, and find a balance between the conservation and development of tidal areas with acknowledgement of ecosystem services; (e) To join the international dialogues and organize international conferences and short courses to promote interdisciplinary and participatory land and water planning and management in tidal areas; and (f) To collaborate with other related working groups actively, and to exchange relevant expe

Won the 3rd Best Performing Workbody Award (BPWA) for its contribution towards the mandate and mission of ICID. The Award was presented to Dr. Park Sang Hyun (Korea), Chairman, WG-SDTA by the President Chandra Madramootoo on the occasion of the 62nd IEC and 21st ICID Congress held at Tehran, Iran, October 2011.

BACKGROUND AND OBJECTIVES: The Working Group on Sustainable Development of Tidal Areas (WG-SDTA) was launched in 2001 during Seoul IEC Meeting based on the activities of the Task Force on “Environmentally Sustainable Options of Tidal Lands and Estuaries" which was constituted by the Asian Regional Working Group (ASRWG) during the pre-Council meetings at 51st IEC Meeting at Cape Town in October 2000.

Completion of the Mandate : 2016 (The WG-SDTA was first established in 2001 and completed its mandate in 2011 by publising the Hand Book on SDTA. The details of the activities during 2001-2011 can be accessed at http://wg-sdta.icidonline.org/sub_bpwa.pdf

Event
The Arabic Forum for Water Scarcity and Harvesting, and their Social, Economic and Environmental Impacts on Sustainable Development

Publications
World-Wide Survey of Experiments and Results on th... 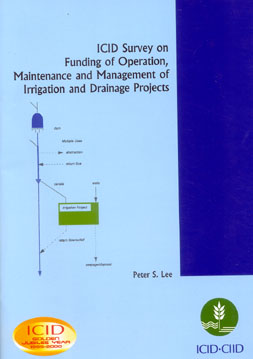 Publications
ICID Survey on Funding of Operation, Maintenance a... 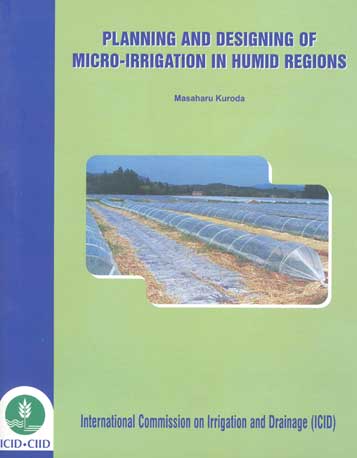 Publications
Planning and Designing of Micro-Irrigation in Humi...