In 1946, the Central Board of Irrigation and Power (CBIP) (a non-official national organization comprising heads of the irrigation services in all the States of India) requested the Government of India to invite the Governments of other countries to cooperate with them in setting up of a non-governmental international organization for the development of the science and technique of irrigation all over the world. The response to the invitation from the Government of India was encouraging. Consequently, the International Commission on Irrigation and Canals was formed on 24 June 1950 with its Secretariat in New Delhi, India at a meeting held at Simla (India), with Brazil, Egypt, India, Indonesia, Italy, Netherlands, Serbia (former Yugoslavia), Sri Lanka, Switzerland, Thailand and Turkey as the founding members. During its formation, a provisional constitution was adopted, which was finalized at the First International Executive Council meeting of the Commission, held in Delhi (India) in January 1951 and the name of the Commission changed to International Commission on Irrigation and Drainage.  The Commission at its 8th meeting held in April 1957 widened the scope of the Commission by including in its function the subject of flood control and river training.

In recognition of its significant contribution to the programs and objectives of International Year of Peace proclaimed by the UN General Assembly, on 15 September 1987 ICID was designated as a Peace Messenger by the UN Secretary General. 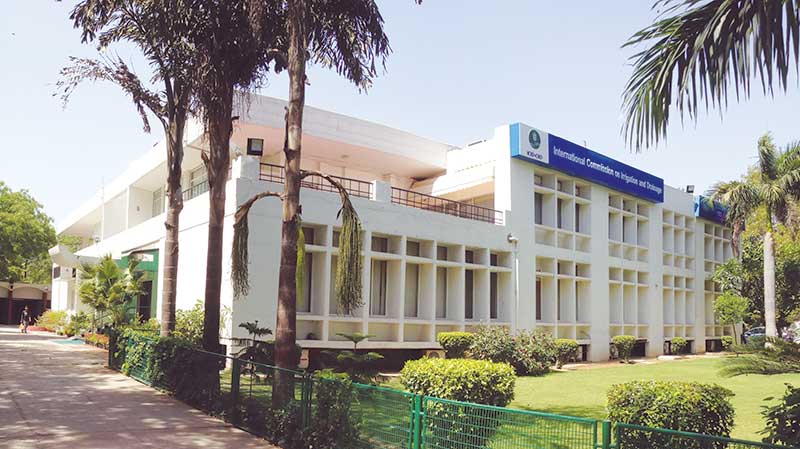 ICID has more than half-a-century of experience in the transfer of water management technology and in the handling of related issues. Building on its past experience, accomplishments, and the comprehensive water management framework, ICID strives to promote programs to enhance sustainable development of irrigated agriculture. ICID has been involved in the global discussions leading to Agenda 21, World Water Vision, and World Water Forums etc., which have become the focal point of several of its technical activities.